This started as a single photography exam project.

We were called to prepare a photographic set, either based on an original idea or a pre-existing campaign. We would prepare the necessary material, set up the lights and the different objects and then take various shots.

I had just read Microsoft’s Visual Identity Guide and, even while reading it, I was thinking of making a fake Microsoft ad, following the exact stylistic guidelines. This photoshoot was exactly what I needed to set it up.

I am a proud owner of a curved Microsoft Bluetooth Keyboard 6000 and a Microsoft Sculpt Mobile Mouse. So I thought of creating a fake Microsoft ad for these wireless products.

My idea was to recreate a wooden desktop, positioning the wireless keyboard, the separate numpad and the mouse, along with a notepad and a pencil, in a way that made aesthetic sense. To fake the actual wooden surface, I bought a wooden-print PVC roll, a piece of which we attached on a chipboard. The toughest part was getting exact overhead shots, as we didn’t have the appropriate horizontal camera mount. So each of us had to go up a ladder and hold the camera as vertical as possible, without being able to actually look at the screen and know where the camera was pointing.

We tried numerous positions for the different elements and, to be honest, the final shots didn’t seem convincing at first. Finding out that we had been shooting in JPEG the entire time, was also quite disappointing. Still, it’s times like these that you’ve got to trust your training and experience; good things will pop up as you work on your material.

The shot I personally chose to go forward with the project was the following: 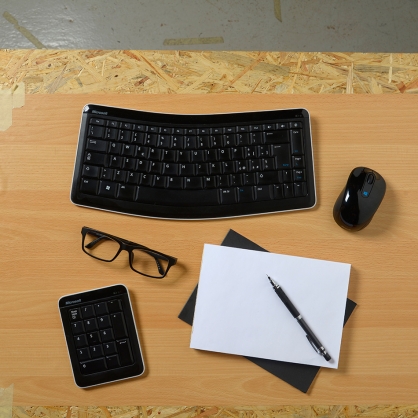 This setup, also featuring my glasses, gave me good vibes, right away.

Since the initial stages of planning this, knowing what Microsoft products I would use on the photoshoot, I thought of an appropriate title and tagline:

“No strings attached. Wireless mice and Bluetooth keyboards that unleash your productivity, at home or on the road.”

I zoomed and rotated the image, giving it a much more organic look. The blank notepad worked as a canvas, where I pasted over the initial sketch of the current Webscream logo. I inserted the title and tagline on tiles, which colors and font completely respect Microsoft’s visual identity guidelines and follow a precise grid system, also explained in the guide. In the final result, with the image zoomed and rotated, you have Microsoft and Windows logos on all four corners.

This was the result: 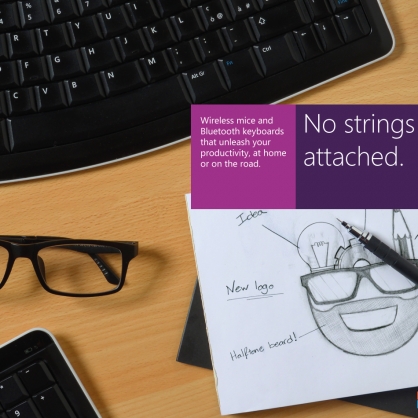 After completing the fake Microsoft ad, I thought of taking this whole thing a step – or rather, six steps – further.

During photography class, me and my classmates took some great portrait pictures of each other. So, I chose the best and made fake magazine covers, choosing, for each of us, a magazine that best represented our interests.

Here are the results: 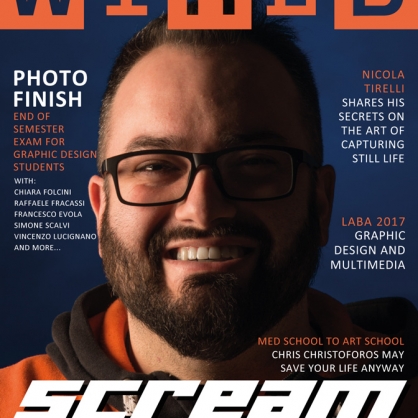 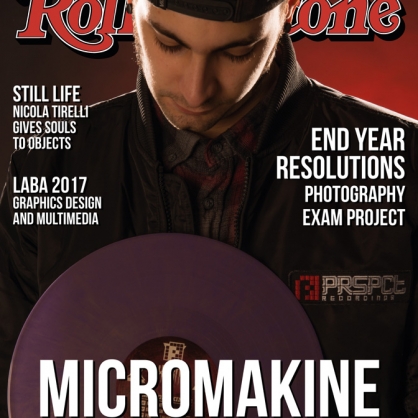 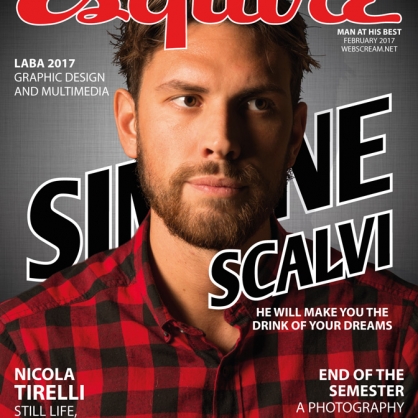 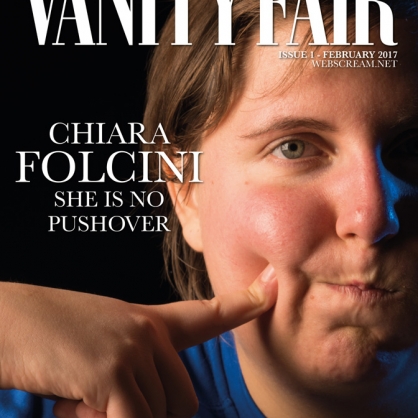