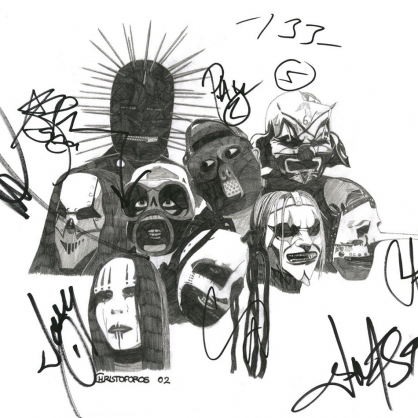 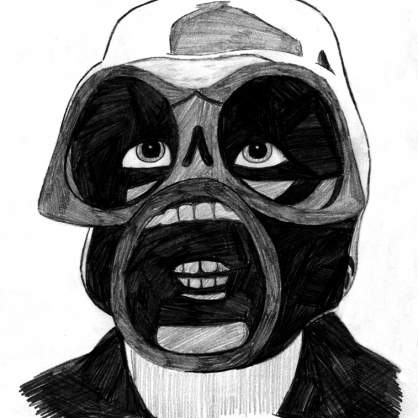 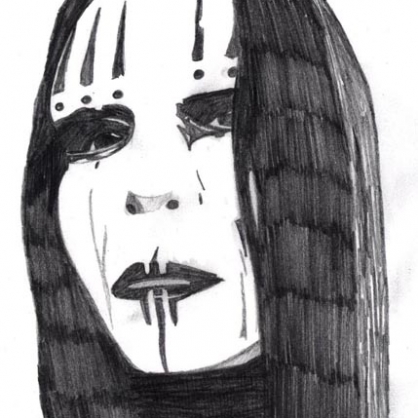 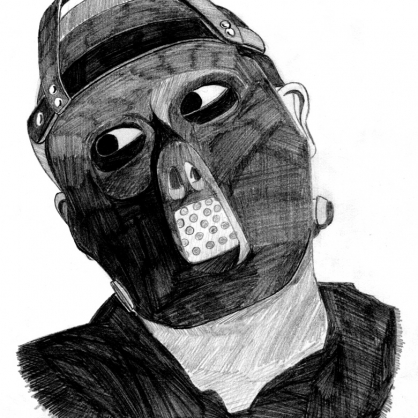 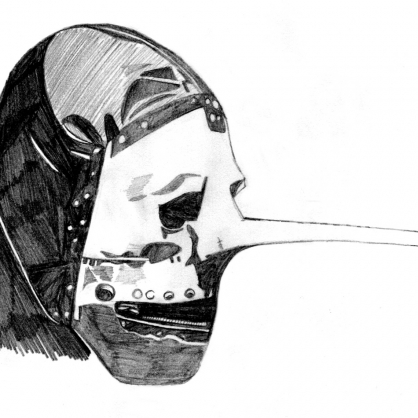 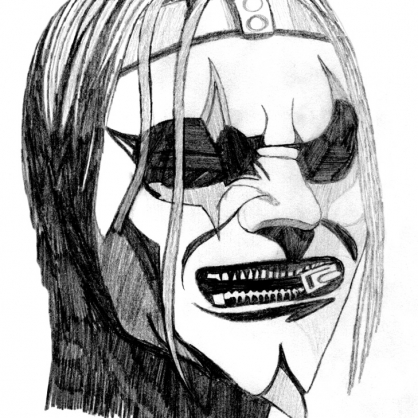 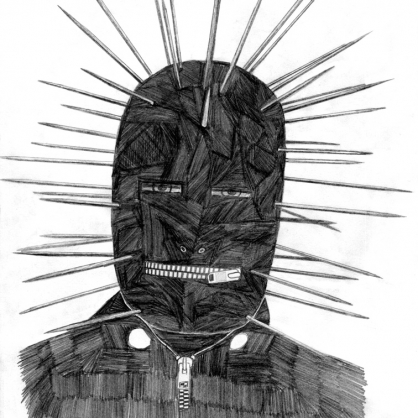 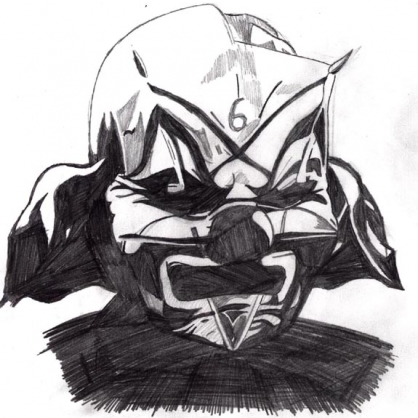 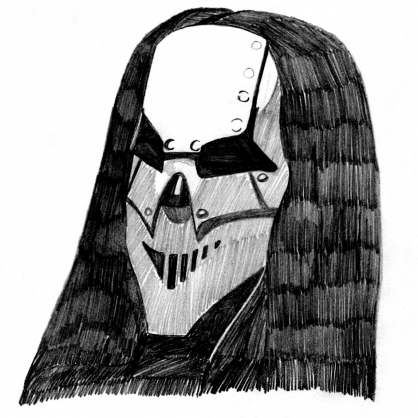 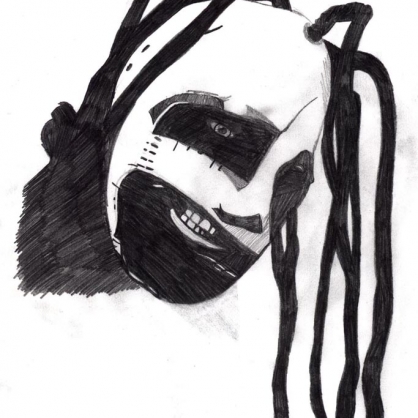 Slipknot have been one of the greatest and most influential metal bands since the release of their first album in 1999.

These sketches were inspired by the portraits featured in the band’s Iowa album, released in 2001. I’ve had the pleasure to meet the band in a couple of meet and greets and have them sign a print that combined all the individual sketches.